Computers can be divided into the following 3 types on the basis of their working mechanism:

Examples of Analog Computers include:

1. Hybrid computer devices are used in hospitals that may calculate patient’s heart function, temperature and blood pressure etc. This calculation may be converted into numbers and shown in digital form. For example, 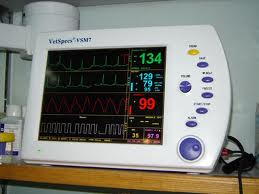 3 thoughts on “What are Different Types of Computer”