Why Secondary Storage Devices are Used?

Secondary storage devices are used because:

There are three main types of storage devices:

The hard disk is also called fixed disk. It consists of one or more metal plates. The plates are fixed in the drive. Metal plates are coated with magnetic material to store data. A motor rotates disks. There is also an access arm and read / write heads to read and write data on disks.
Following are major characteristics of hard disk:
– The storage capacity of hard disk is much greater than floppy disk.
– Now a days hard disks of size 40 GB, 80 GB or more are available.
– Hard disk is covered in a hard jacket and there are less chances of disk damage due to dust and mishandling.
– Now days Operating system and application programs are installed on hard disk.
– Before using a magnetic disk we use operating system to format the disk. Operating system divides the disk into circles called tracks. Each track is divided into pie-shaped areas called sectors. Data is stored in sectors. Each sector can store 512 bytes. 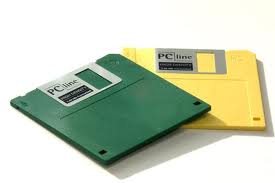 Floppy disk is a small plastic plate coated with magnetic material. Data is stored in magnetic spots. Main advantage of floppy disk is that it is used to transfer data from one computer to another. Floppy disk drive is used to read and write data on floppy disk.
Floppy disk is available in two sizes:
· 3 ½ INCH Floppy Disk
It is also called micro floppy disk. Its diameter is 3½ inch. It is covered in a hard plastic cover. Read/Write window is covered with a metal shutter. When disk is inserted into disk drive then shutter is automatically opened. It can be write protected by a notch. Storage capacity of micro floppy is 1.44 MB.
· 5¼ Inch floppy disk.
It is a 5¼ inch diameter plastic plate coated with magnetic material. Its storage capacity is 1.2 MB. It is not used in modern computers. 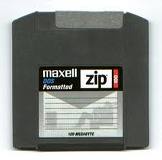 Zip disk is similar to 3 ½ inch floppy disk. But it can store 100 MB or more data. Zip disk drive is used to read and write data on a zip disk.

LASER technology is used to read and write data on Optical disk. LASER stands for Light Amplification through Emission of Radiation. Laser beam writes on the surface of optical disk by creating very small holes. The presence of hole represents a One and absence of the hole represents a Zero. There are following main types of optical disk.
1.CD-ROM, 2. CD-R or WORM, 3. CD-RW
4.DVD-ROM, 5. DVD-R, 6. DVD-RW, 7. Blue-Ray disk 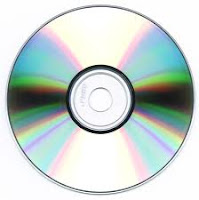 CD-ROM stands for Compact Disk-Read Only Memory. The data stored on Cd-Rom can only be read. It cannot be deleted or changed. It is a portable storage device. Data can be easily transferred by CD Rom from one computer to another. Commonly it can store 650 MB / 700 MB/ 750 MB data. It is used to store large amounts of data like Software or audio/video data.We purchase Software, movies, dramas, lectures, books, wallpapers and other data on Cd-Rom. There are many Advantages of Compact Disk.

2. CD-R (CD Recordable) Or WORM (Write Once Read Many)

CD-R stands for Compact Disk -Recordable. Initially, it is a blank disk. User can store data on it only once. This is why it is also called WORM(Write Once Read Many) disk too. Because we can write data on it only once and later we can read many times. The devices to store data on CD-R are called CD Writers or CD Burners. We can write data on CD-R only once, but can read data many times. Because of this write once read many quality, CD-R is often known as WORM(write once read many). 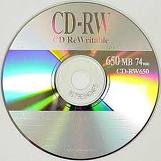 CD-RW stands for Compact Disk Rewritable. This is a special type of CD. User can write data on it, if there is an error in writing data, he may erase the contents and rewrite again. CD-Writers are used to store data on CD-RW.

DVD stands for Digital Video Disk. A laser beam with a short wave length is used to create very very small holes on the surface of disk. So there are much more tiny holes on the surface of DVD as compared to that of CD. Therefore, storage capacity of DVD is much larger than CD. It can store up to 17 GB or more data. DVD-ROM is pre recorded and it can contain data like movies, videos and software etc. User cannot change or delete data from DVD-ROM. It is read only. There are several Benefits of using Digital Video Disk or DVD. 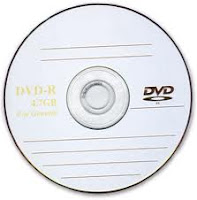 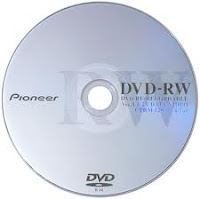 DVD-RW stands for Digital Video Disk Rewritable. User can write data on disk many times by erasing the old data.

Blu-Ray Disk is an optical disk used to store digital information such as high-definition video, and able to store more information than a standard DVD
Blu-ray Disk pronounced as Blue-ray Disk is the name of a new type of optical disc
format. The format offers more than five times the storage capacity of traditional DVDs. A Blu Ray disk can hold up to 25GB on a single-layer disc and 50GB on a dual-layer disc.

Moreover an other difference between DVD and Blu-Ray disk is that current optical disc technologies such as DVDs rely on a red laser to read and write data, whereas the new format ( Blu-Ray disk) uses a blue-violet laser instead, hence the name Blu-ray Disk.

Here are some Differences Between CD and DVD.

Different types of flash memory storage devices are as follows: