Topic: What are Different Pointing Input Devices
A Pointing input device is an input device which is used to control  the movement of the pointer to select items on a display screen.

Mouse is an input device used to control motion of pointer on screen. A mouse has two or three buttons called Left, Right and Middle button. Buttons are used to perform different functions.

Track Ball is an input device like a mouse. It is used in Lap top computers to control motion of pointer on screen. It is a pointing device like upside down mouse. It has a ball on its upper side. This ball is moved by fingers or thumb and the pointer moves accordingly on screen. 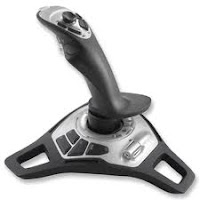 Joystick is an input device used to play games on computer.

A pointing stick is a pressure sensitive small nub ( similar to pencil eraser ) used like a joystick. It is usually found on laptops fixed between the ‘G’, ‘H’, and ‘B’ keys. It operates by sensing the pushing force applied by the user. The pointer on the screen moves, when user pushes pointing stick with finger. Normally, it is
used with laptop computers.

A graphics tablet consists of a special pen called stylus and a flat pad. The image is created on the monitor screen as the user draws it on the pad with the help of stylus (special pen). 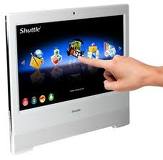 In ATM and in latest smart phones, touch screen is used to receive input from the user. The user enters data by the touch of his finger on different menu options or icons present on touch screen.

Light pen is an input device consisting of a special pen that is connected to a computer’s monitor. The user points at the screen with the pen and selects items or chooses commands.

One thought on “What are Different Pointing Input Devices”