A printer is an output device that prints characters, symbols and graphics on paper. The printed output is called hard copy. Printers produce permanent documents. Print resolution is commonly measured in dots per inch (dpi). A printer with higher print resolution, that is, dpi will produce higher quality print outs, but it will cost higher too.

Depending upon the mechanism of printing, there different types of printers, as follows:
1) Impact Printers
2) Non-Impact Printers 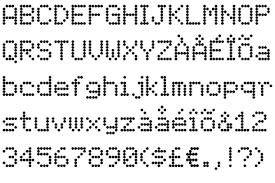 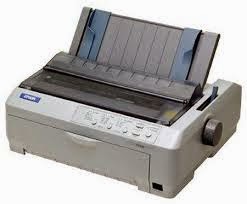 Drum printer is an impact printer. It consists of a solid and cylindrical drum. The drum  has raised characters in bands on its surface. The drum rotates rapidly. For each print position, there is a print hammer to strike on ribbon and paper. The drum prints one line in one rotation. Since drum printer prints one line at a time, so it is called a line printer. Drum printer is a fast impact printer. It prints an entire line at a time. Its speed is measured in lines per minute (1pm). Many drum printers can print up to 2000 lines per minute.

Daisy wheel printer is similar to a typewriter. It uses a print wheel. The print wheel is called daisy wheel. Each petal of daisy wheel contains character. A motor rotates the wheel. A hammer strikes a petal against the ribbon when the desired character reaches the position on the paper. This prints the character on the paper. Daisy wheel printer is slower than dot matrix printer but better in quality. Daisy wheel technology is now found only in some electronic typewriters.Now-a-days mostly laser printers or ink jet printers are used.

Laser printers are non-impact printers. The laser printer creates image on the paper by the laser beam. LASER stands for Light Amplification by Stimulated Emission of Radiation. Laser throws magnetic material powder on paper in the form of microscopic dots. The density of these dots ranges from 300 to 2000 Dots per Inch (DPI). The printing speed of laser printers is from 5 to 300 pages per minute (ppm). Laser

What are top Ten Differences between Impact and Non Impact Printers?