Who Invented The First PC VIRUS-Video Proof by F-Secure

Who invented the first PC Virus?

Mikko Hypponen travelled to Pakistan to find the writers of the first PC virus. The first virus to infect PC computers was discovered in 1986. Intriguingly, the virus contained the contact details of its authors in Pakistan. 25 years later, in February 2011, Mikko Hypponen, Chief Research Officer at F-Secure, travelled to the city of Lahore in Pakistan to find the authors. The authors were identified as brothers Amjad Farooq Alvi and Basit Farooq Alvi. Today they run a successful Internet Service Provider business called Brain Telecommunication Ltd with a third brother Shahid Farooq Alvi. 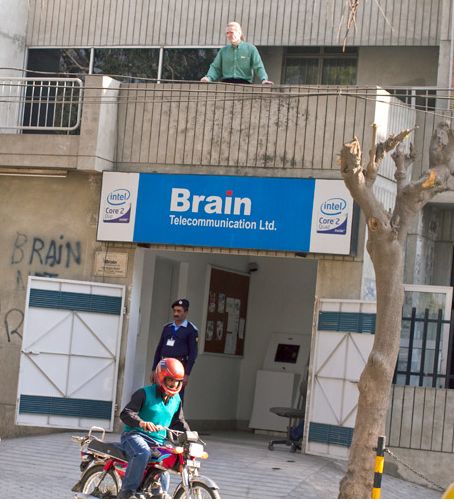 F-Secure has produced a 10-minute video reportage of the trip, entitled Brain – Searching for the first PC Virus. This is the first time the brothers have given a video interview about the virus, which spread around the world via floppy disks. In the video Amjad and Basit reveal that Brain was not meant to be a destructive virus, which is why they even included their phone numbers in the virus code.
Welcome to the Dungeon
(c) 1986 Basit & Amjad (pvt) Ltd.
BRAIN COMPUTER SERVICES
730 NIZAB BLOCK ALLAMA IQBAL TOWN
LAHORE-PAKISTAN
PHONE :430791,443248,280530.
Beware of this VIRUS….
Contact us for vaccination………… $#@%$@!!

Their motive for writing the virus was to check the multi-tasking functionality in the new DOS operating system and to see if there were any security vulnerabilities in DOS compared to other operating systems such as Unix. Soon they started getting phone calls from as far as the United States and Australia.

Mikko Hypponen says, “It was incredible. I went to Pakistan to the address listed inside the virus code, knocked on the door – and the brothers who wrote Brain 25 years ago opened the door! When Amjad and Basit wrote the virus in 1986, the world was a very different place. They had no malicious intent when creating what turned out to be the first PC virus. I think we have recorded an important part of computer history in this video.”

Video by F-Secure: Brain – Searching for the first PC Virus